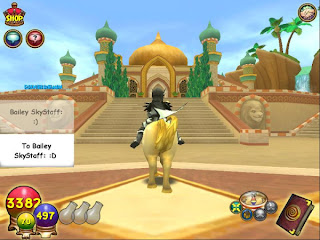 What you see me standing in front of in this shot is the new house from the New Mega Bundle Gift Card, the Sultan's Palace! It's basically like last year's card house, the Massive Fantasy Palace, except this is a equally large house with a different theme. As you walk around the house, you'll notice that the place shows some features that resemble the palace from the Disney Movie Aladin (bleh, i hate old disney movies. No offense to disney fans out there). Here are a few shots i took as i walked around the place: 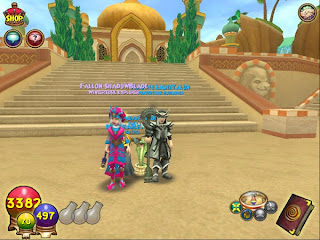 that's me with the AMAZING, Fallon Shadowblade!! Who, might i add, looked nice in that Sultan's Outfit ;) 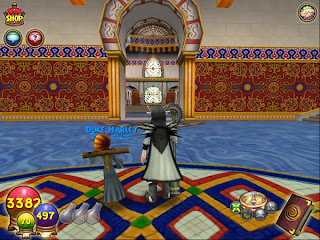 This is the main room inside the Palace. 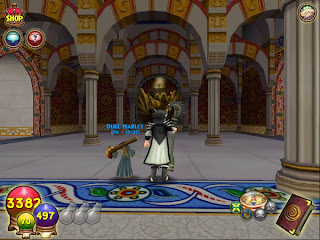 In this room, i saw a large portrait portraying a lamp above a large treasure room. But when i walked up to it closely, i found that it was actually a secret door to this hidden room... 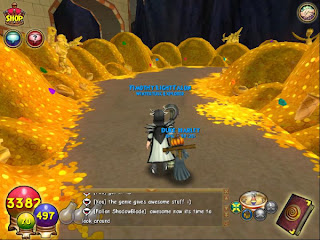 You are now free to let out your ooh's and ah's. 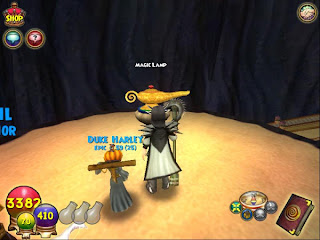 And, ironically, i found this at the highest point of the treasure room. I decided to rub it and... 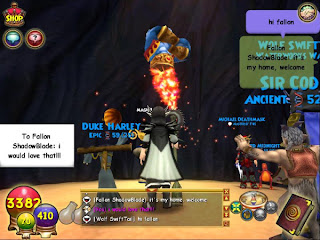 ZOMG!!! It's... THE GENIE!!!! O: This big guy gives you cool stuff from the treasure sands once a day, and even your friends can get stuff too! 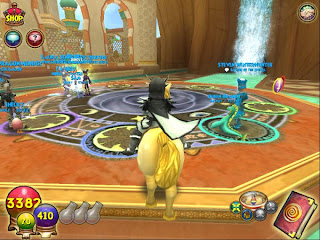 the place even has a pvp circle too! 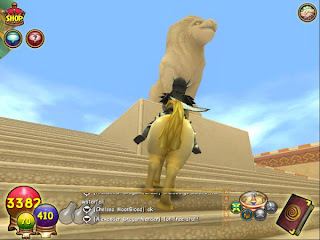 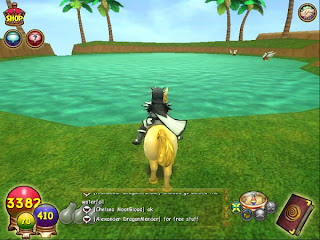 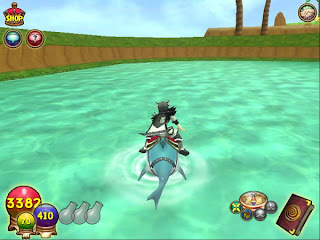 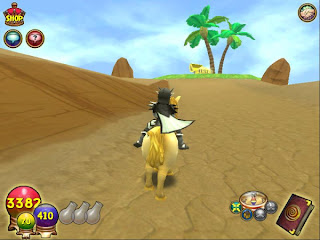 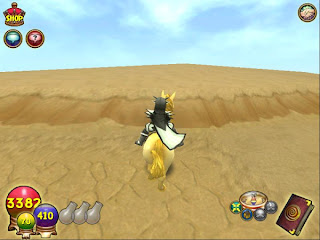 So all in all, the place is really awesome! There are a few wizards who have already gotten the place themselves, even though they dont officially come out till June 1. I dont have this place yet but i should get it Friday when my mom gets paid. Until next time, see you in the Spiral!